After studying for a month in France, I am currently sitting in my Chilean host family’s beautiful house with no central heating in the winter. But winter to them is like the end of fall for us northern folk. My city is located right on the ocean where I can see tons of sea lions and the occasional penguin. Not too shabby, if you ask me. When I first arrived in Valpo, I didn’t realize how big the city really was. Its huge and its a combination of two cities, Valparaíso y Viña del Mar. Viña is a beautiful city and it tends to attract all the tourists since the city has money to clean up the streets and add many international attractions, including an expensive Starbucks, a huge mall, lots of international restaurants, and beautiful beaches filled with people from all over the world. How does Viña have more money than Valpo? Well, Viña has this famous casino (that includes a club and a hotel) where foreigners spend a ton of money. The government of Viña owns this casino and uses the money to fund the upkeep of the city of Viña del Mar. Unfortunately, in recent news, Chile has instituted a new law to prohibits public casinos like this one. All casinos must be privatized soon, so Viña is fighting to keep the casino, so it can keep the influx of money and upkeep in the city. If they don’t win the fight, I’m not sure what will happen to the state of the city. Yes, Viña is beautiful, but I find Valpo the charming place to be. At first, one might be turned off by the dirty streets after entering the city through the clean streets of Viña, but once you explore a little bit more, you will find the beauty of the old city that was claimed the Historic Quarter of the Seaport City of Valparaiso, a UNESCO site of World Heritage. Valpo had a huge influx of international persons since it has a huge port and a big history with European trade. If you can’t see the international influence in the architecture, you can hear it in the way they speak. Chilean Spanish is a mix of Castellano (Spanish) with a hint of an Italian accent, and it carries some of the pronunciations that originally began in Southern Spain. They drop a lot of “ado” and “ido”, almost every “s,” and add words that don’t even sound like Spanish. You will hear ¿Cachai? and ¿Como ‘stai? and Bácan almost everywhere. If that isn’t hard enough, Chileans speak quite quickly, and they mumble…a lot. So if you truly want a language challenge, Chile is your destination. So why did I put myself up to this? Well, it has been said that once you learn Chilean Spanish, you can understand any other type of Spanish. And I believe it.

I start classes tomorrow at Pontificia Universidad Católica de Valparaíso. There are over 200 international students from all over the world that come to study at this prestigious school. It is second semester here, but there are few Chilean students attending classes at PUCV. This is because of the political and social uproar over the unfair prices of attending a university in Chile. This movement started in the capital of Santiago and has spread to other cities, including Valpo. The students are fighting for nonprofit schools that won’t put the students in debt after they finish their studies (sounds a lot like the U.S.). After Pinochet’s rule, two types of universities were created, Public and Private, which caused a lot of the problems that exist today. Many universities from his days were for students that had too low of test scores to attend the older universities. These students cannot get government aid so they have to borrow money from the banks to afford going to these schools. (Many of these schools do not have a great education system either.) The banks have very high interest rates which makes it almost impossible for students to pay back after college. PUCV started before Pinochet, but these are the students that are fighting for all university students in Chile. They demand attention from the government by not attending school or by occupying the campus until the government decides to change. This is what I am in the middle of at the moment. I won’t be attending classes with the locals this semester, since they won’t be attending, but I will be able to watch how this movement will progress by the end of this semester. Hopefully my second semester will have local students.

My host family consists of a mama, a papa, and my host sister who is my age. We also have an adorable Labrador that my mother calls “blondy” (“rubio, venga acá mi amor”). His real name is Nanuk, and I am in love with him. There are two older sons, but one of them lives in Boston with his wife (who had previously participated in the ISA program), and the other son lives in Viña with his Argentinian girlfriend. The mother is the sweetest thing, and she helps me with anything I need. The one huge difference about the Chilean lifestyle is the food schedule. Chileans have a tiny breakfast (usually consisting of bread) followed by a huge lunch around 2 pm; this is the main dish of they day. And then around 8 pm, the family gathers around for “once,” a small snack that also consists of a lot of bread, cheese, and tea (an English influence). Bread, salt, and mayonnaise are the center of the Chilean diet, making Chile the second largest consumer of bread in the entire world (behind Germany, I believe). The food is pretty bland too–a concept I cannot understand since they love how Americans use a lot of spices. But their empanadas are to die for.

A few last words about Valpo

Stray dogs and cats rule the streets here, but I have yet to meet a mean dog. All of them are super sweet and never bother anyone. They also wait to cross the busy streets until they are clear, which I found quite impressive. The city people take care of the stray dogs by leaving out food and water for them, and the women knit sweaters and scarves for the dogs. I was told not to touch them since they may have fleas, but sometimes I just want to take one home with me. Good thing I have Nanuk.

That’s all for now 🙂 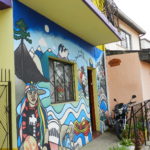 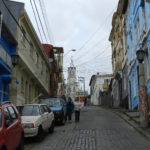 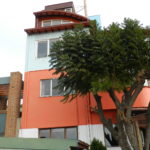 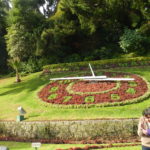 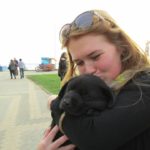 Sorry Katie, but I couldn’t resist this little munchkin! 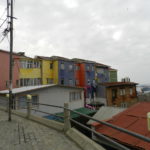 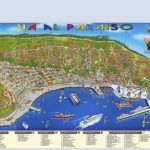 Map of the winding streets of Valpo 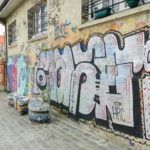 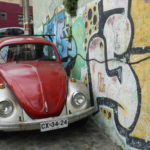 Hello, students and travel enthusiasts! My name is Hannah Lussier and I am a junior double majoring in Global Studies and Spanish with a minor in philosophy. I am the recipient of the Generation Study Abroad scholarship which has given me the opportunity to study abroad as well as share my experiences with you on this platform. From February 14, 2017 until June 25, 2017 I will be exploring the beautiful port city of Valparaiso, Chile with the help of my study abroad provider International Studies Abroad (ISA). I hope you will join me on my South American adventure! Hasta pronto!
View all posts by hannah →

France, oh how I will miss thee
Goodbye New York!